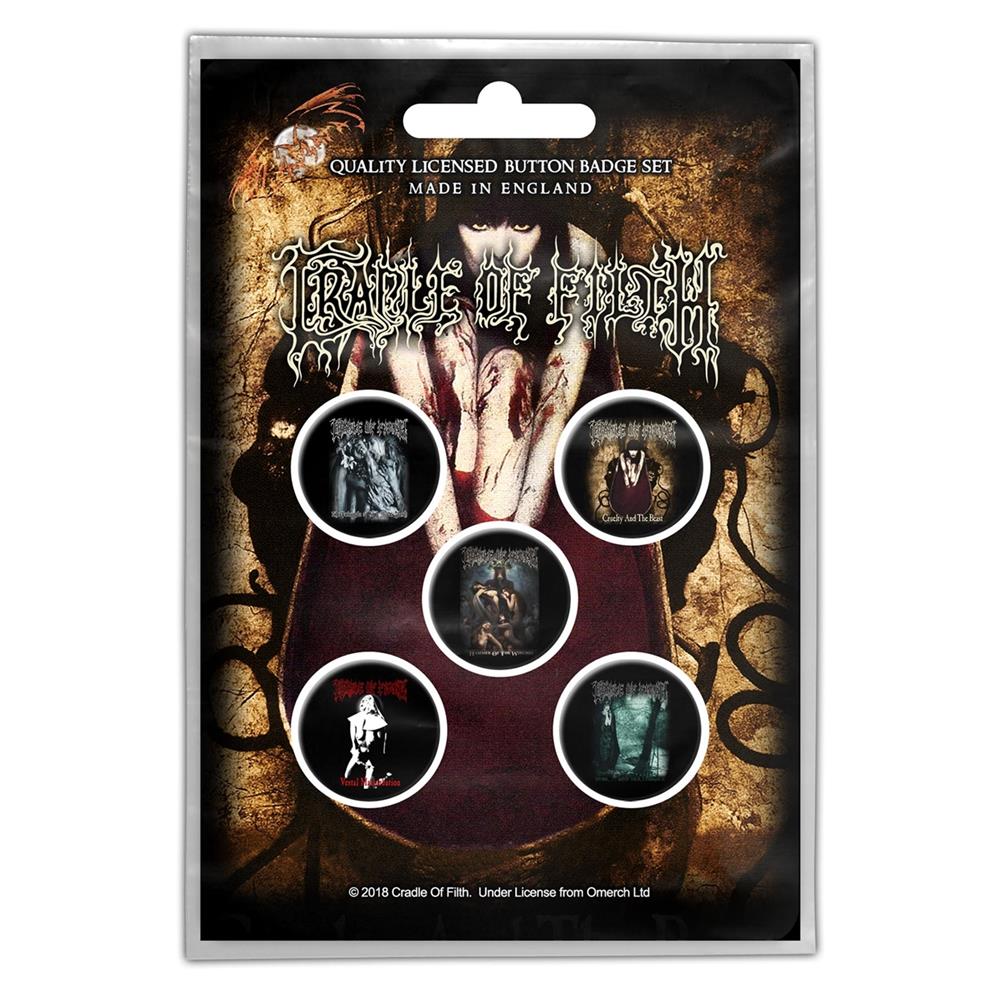 The lineup changes continued when the Ryan brothers both departed to form the Blood Divine (and Allender left as well), making room for guitarists Stuart Antsis and Jared Demeter and keyboardist Damien Gregori to debut on the 1996 mini-LP Vempire or Dark Faerytales in Phallustein. For the full-length Dusk and Her Embrace later that same year, Gian Pyres took Demeter's spot, and afterward, Gregori was replaced by keyboardist Les Smith; at any rate, the album substantially expanded the group's growing cult following. Cradle of Filth's next effort, Cruelty and the Beast, appeared in 1998, amid the group's steadily growing reputation for elaborate Alice Cooper/Marilyn Manson-style concert theatrics. Two years later the group returned with From the Cradle to Enslave, an EP that featured new drummer Adrian Erlandsson (formerly of Sweden's At the Gates and the Haunted), as Barker had departed to join Dimmu Borgir.

The band's dizzying lineup changes continued apace as Paul Allender rejoined the group and Martin Powell (ex-Anathema and My Dying Bride) replaced Smith on keyboards for the full-length Midian, which was appropriately released on Halloween 2000. Bitter Suites to Succubi was issued on Spitfire in summer 2001. The group added a choir and orchestra to the lineup for 2003's Damnation and a Day on Red Ink, and moved to Roadrunner for 2004's Nymphetamine. Thornography followed on Roadrunner in 2006, a year that also saw the release of The Cradle of Filth Box Set. Eleven Burial Masses, a collection of live material, arrived in 2007.