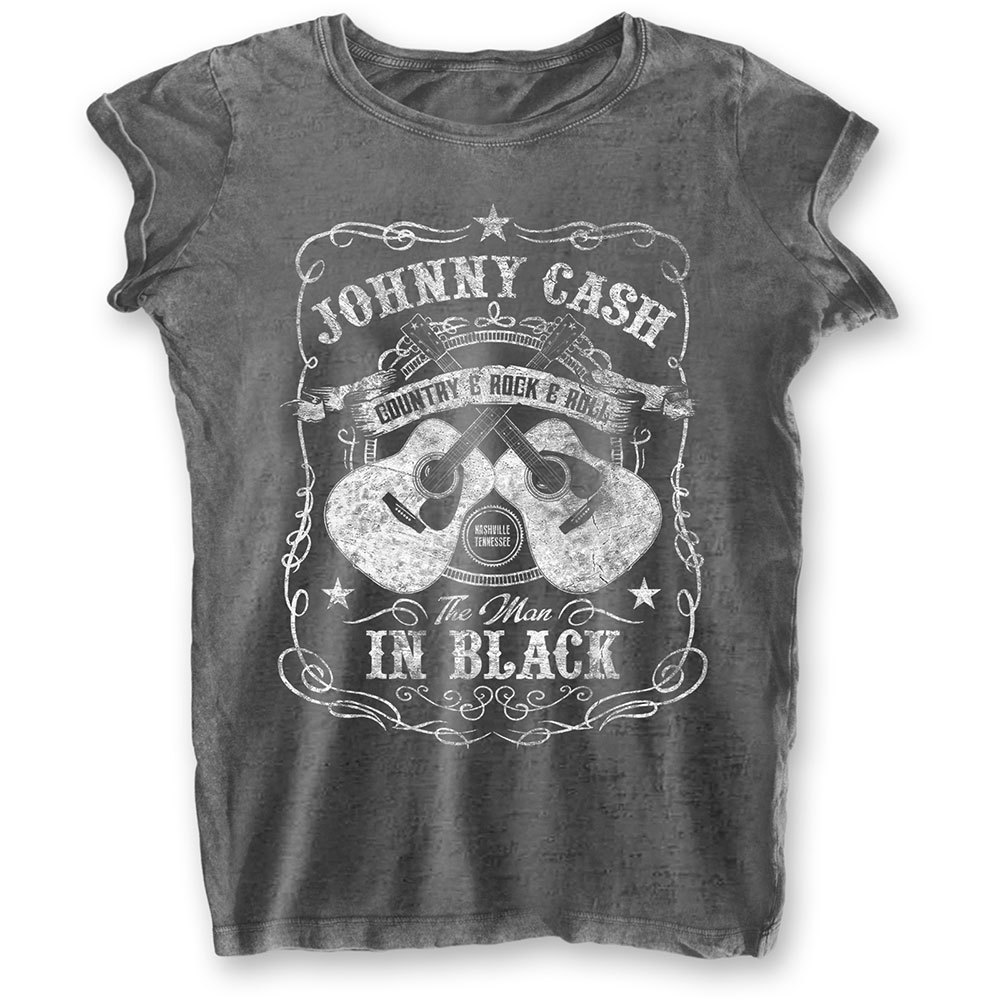 Johnny Cash, born J. R. Cash, (26 February 1932 - 12 September 2003) was a Grammy Award-winning American country singer-songwriter. Cash is widely considered to be one of the most influential American musicians of the 20th century.

Cash was known for his deep, distinctive voice, the boom-chick-a-boom or "freight train" sound of his Tennessee Three backing band, his demeanor, and his dark clothing, which earned him the nickname "The Man in Black". He traditionally started his concerts with the introduction "Hello, I'm Johnny Cash."

Much of Cash's music, especially that of his later career, echoed themes of sorrow, moral tribulation, and redemption. His signature songs include "I Walk the Line", "Folsom Prison Blues", "Ring of Fire", "That Old Wheel" (a duet with Hank Williams Jr.), "Cocaine Blues", and "Man in Black". He also recorded several humorous songs, such as "One Piece at a Time", "The One on the Right Is on the Left", "Dirty Old Egg-Sucking Dog" and "A Boy Named Sue"; rock-and-roll numbers such as "Get Rhythm"; and various railroad songs, such as "Rock Island Line" and "Orange Blossom Special".

He sold over 90 million albums in his nearly fifty-year career and came to occupy a "commanding position in music history".