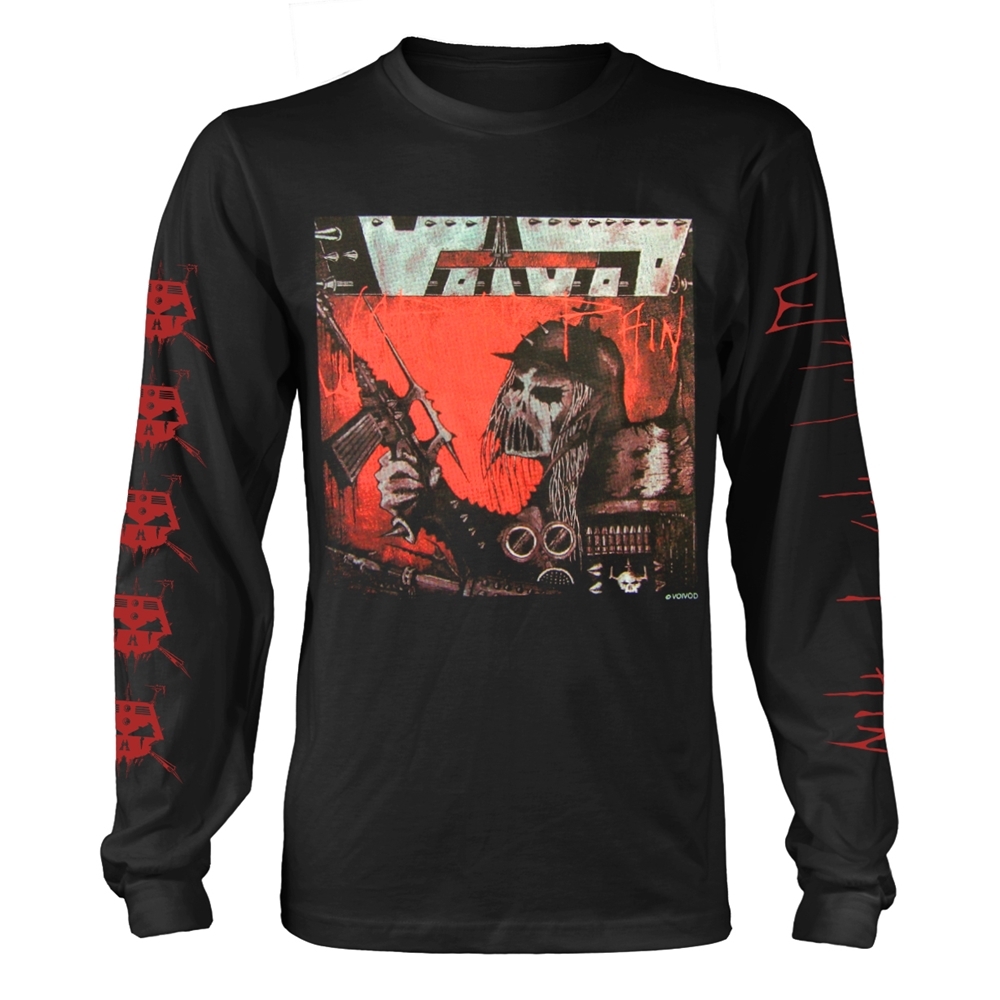 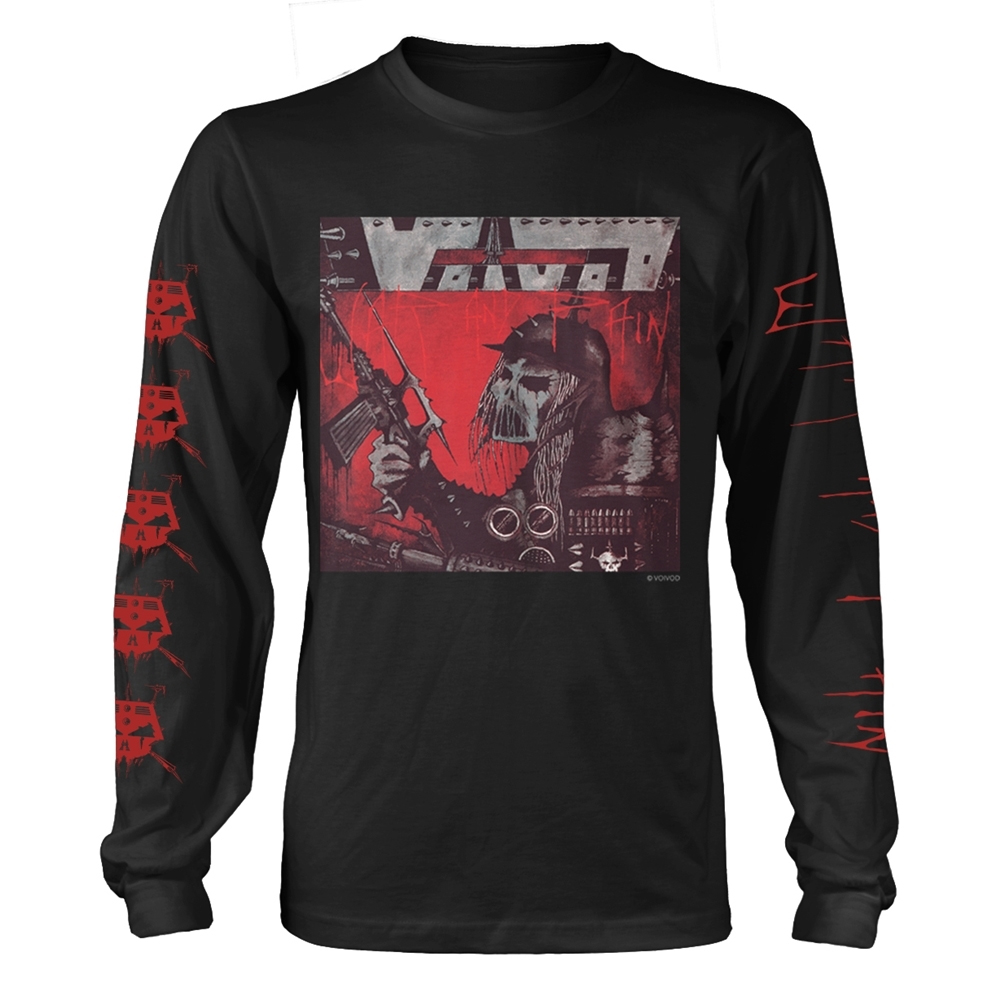 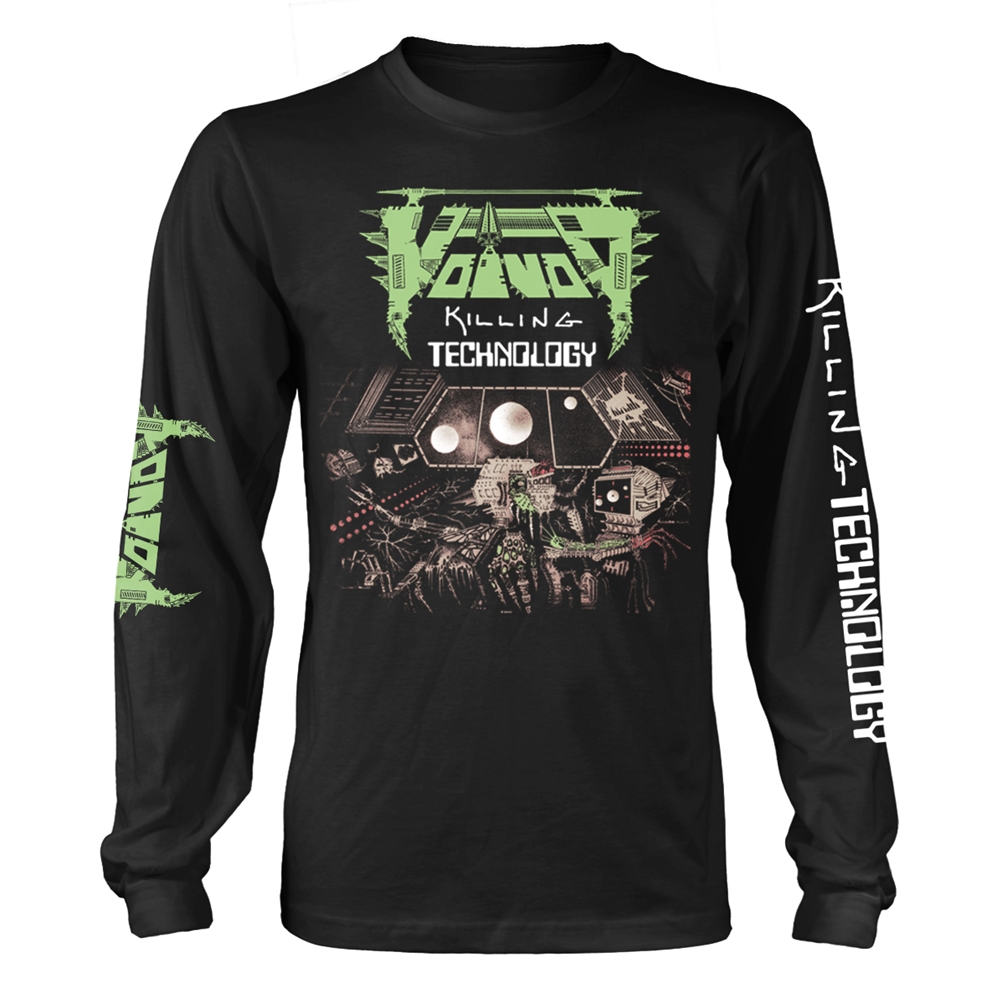 Quebec metal innovators VOIVOD have the set release date for their final album featuring guitarist Denis ‘Piggy’ D’Amour. The album Infini will be released on Tuesday, June 23rd in Canada by Sonic Unyon, something we are very excited about as long time fans and supporters of the band. It will also be released the same day stateside in the US by Relapse Records.

The album features that last thirteen songs written by Piggy and again features bassist Jason ‘Jasonic’ Newsted (ex-Metallica). Jason plays bass on all songs and also mixed the album. Infini will be released as a deluxe, digipack CD and will also be issued on vinyl as a double LP. Tracklisting for the album is as follows: God Phones, From The Cave, Earthache, Global Warning, A Room With A V.U., Destroy After Reading, Treasure Chest, Krap Radio, In Orbit, Deathproof, Pyramidome, Morpheus and Volcano.

VOIVOD’s newest record Infini may be their last as VOIVOD. This was a record built from the final songs created by the band with Denis D’Amour aka Piggy. All his original demo guitar tracks appear as they were recorded, no re-amping, no overdubs, just Piggy as he played the tracks he envisioned in his small bachelor apartment, the amp in the bathroom, capturing his performance with the laptop given to him by Jason.


There were many discussions and ideas as to how to complete these recordings of songs that had never been actually performed with the whole band in one room. Drummer Michel ‘Away’ Langevin went into a studio in Montreal with engineer Glen Robinson and tracked his drum parts, and Jason waited anxiously to get the tracks and add his bass which he recorded with Enrique Gonzalez Müller at Fantasy Studios in San Francisco, then Denis ‘Snake’ Belanger tracked his vocals with Glen in Montreal afterwards. Jason and Enrique mixed the record in San Francisco over the holidays and Infini was born.

Truly a collaborative effort, Infini is an album that came together from a respect and belief that these final Voivod songs deserved to be heard. In light of this sentiment, the band agreed to play some summer festivals in 2008 with original bass player Jean-Yves ‘Blacky’ Theriault and fellow Montrealer Dan Mongrain of the band MARTYR on guitar, playing all classic era Voivod material. Dan is a technical wizard on guitar; his own band MARTYR is a well respected extreme prog metal band from Montreal. It was a risky move but the fans and the band were happy with the outcome so much so that this lineup will play more live shows this summer. (Please visit http://www.voivod.net for all dates.) Snake summed it up this way, “If we don’t play live again then the songs die with Piggy and he wouldn’t want that, his genius deserves to be heard by new and life long fans.”

Jason Newsted is still a member of VOIVOD and one day there may be live shows performing the songs from the last three records that Jason was very much a part of (Voivod, Katorz and Infini). Currently the band is working on a short clip on the making of Infini