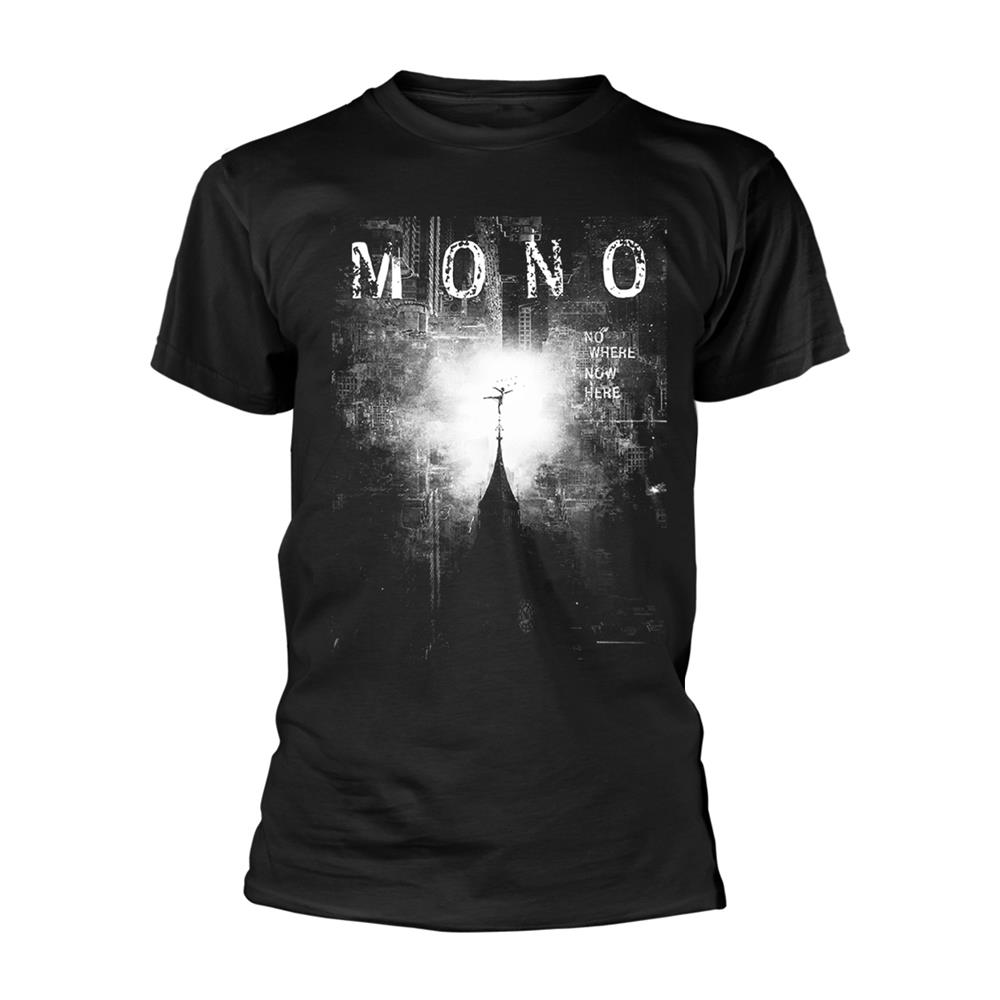 Work on Mono was started in January 2000 by guitarist Takaakira Goto. Working by himself, Goto completed most of Mono's demo tracks, partly influenced by guitarist Loren Connors. Goto began the search for band members, the first of which to join him was fellow guitarist and long time friend Yoda. Soon afterwards the guitarist duo linked up with bassist Tamaki and drummer Yasunori Takada and Mono was formed. On small-time label Forty-4, the newly coalesced group released a 4 track EP entitled Hey, You. Following Hey, You Mono put together its first full length album in 2001, Under the Pipal Tree on Tzadik Records. During the time in the studio recording this album, the attacks of September 11th took place. This was to have a deep effect on Mono's later work. Under the Pipal Tree, along with the EP, introduced Mono's style which is focused on layered guitar melodies. All of Mono's songs are entirely instrumental, and Strings and pianos are also prominently featured in several songs. This album was met with somewhat mixed reviews and was referred to by Goto in a 2006 interview with Phil McMullen as a "very, very young album".

In 2003 Mono finished its next album: One Step More and You Die. Music critics largely see this album as much more mature than Under the Pipal Tree, with a more distinctive sound. Touring at this time, however, was not quite so fruitful. Mono made an abbreviated tour following the One Step More's release with performances in parts of New York and Sweden. The length of the tour and the behavior of some of the American crowds, who Goto said in the McMullan interview were "always talking a lot and drinking beers and making a lot of noise" left the band somewhat unsatisfied.

Undaunted, Mono moved on to a new project, which was one directly in response to the aftermath of September 11th. This album was titled New York Soundtracks and was done in collaboration with several important members of the New York experimental scene such as DJ Olive, Jackie-O Motherfucker, and Loren Connors (who is a strong influence on Goto). New York Soundtracks consists of remixes of all of One Step More and You Die's tracks. Following Soundtracks Mono embarked on the production of their next album, Walking Cloud and Deep Red Sky, Flag Fluttered and the Sun Shined which was released on October 5, 2004. There is much back story to this album, especially behind one of its songs A Thousand Paper Cranes. The inspiration for this song was the story of Sadako Sasaki, a young girl from Hiroshima who contracted Leukemia at the age of 13, dying shortly after. While in her hospital bed, Sadako attempted to fold one thousand paper cranes, which, in Japanese folklore, had once cured a girl of disease. According to Goto in the McMullan interview the Japanese "should be expressing more hope" and the song is intended to reflect that. Following the release of this album Mono began a lengthy world tour.

Mono's next solo musical escapade was with their 2006 album You Are There which was released on June 24. However prior to this critically acclaimed and highly successful album, Mono collaborated with renowned Japanese post-rock band World's End Girlfriend (the solo project of Katsuhiko Maeda). This collaboration, titled Palmless Prayer / Mass Murder Refrain was released in 2005 and was met with rather favorable reviews. Ian Mathers of Stylus Magazine praised the album as "the single most magnificent piece of music" he'd heard all year. Palmless Prayer / Mass Murder Refrain makes much use of string instruments such as the violin and the cello but this is of course accompanied by guitar work. You Are There met similar success and was accompanied by world touring throughout 2006 and 2007.

A collection of EPs entitled "Gone", as well as a 100 minute long documentary called "The Sky Remains the Same as Ever." were released in late 2007.