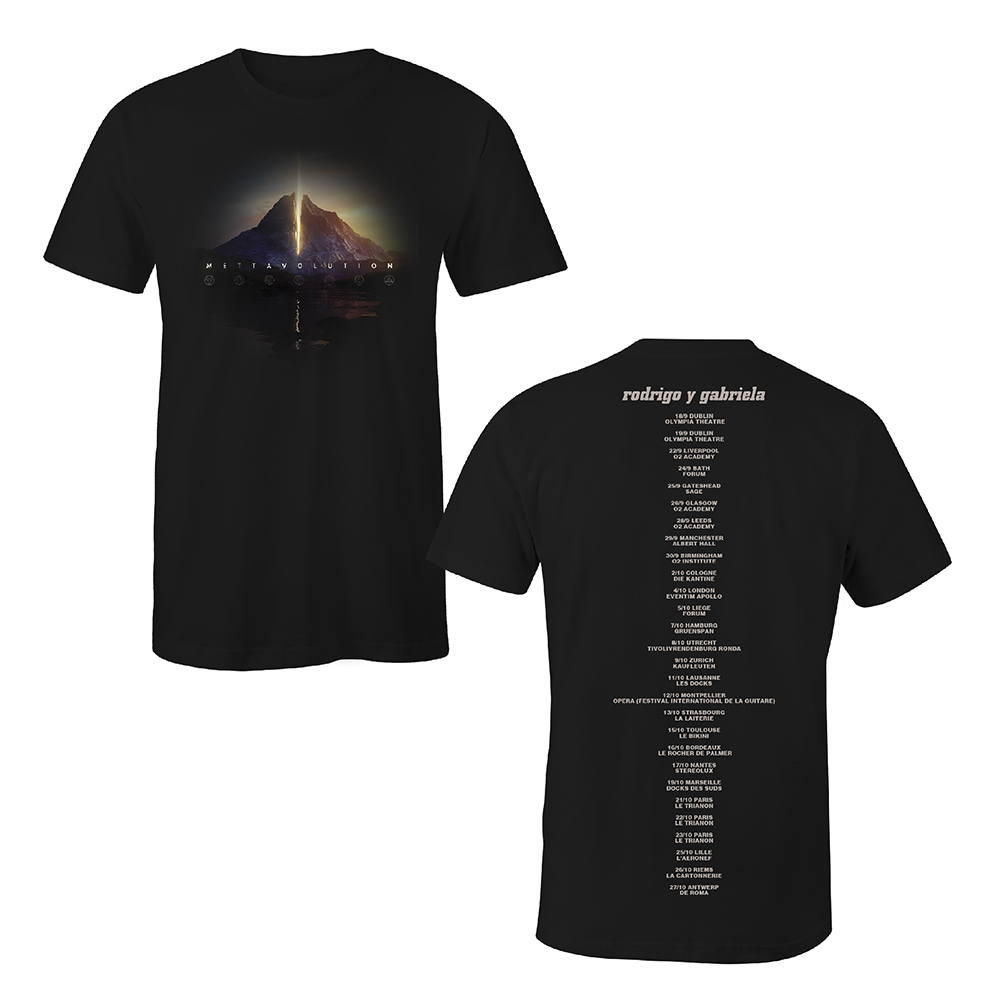 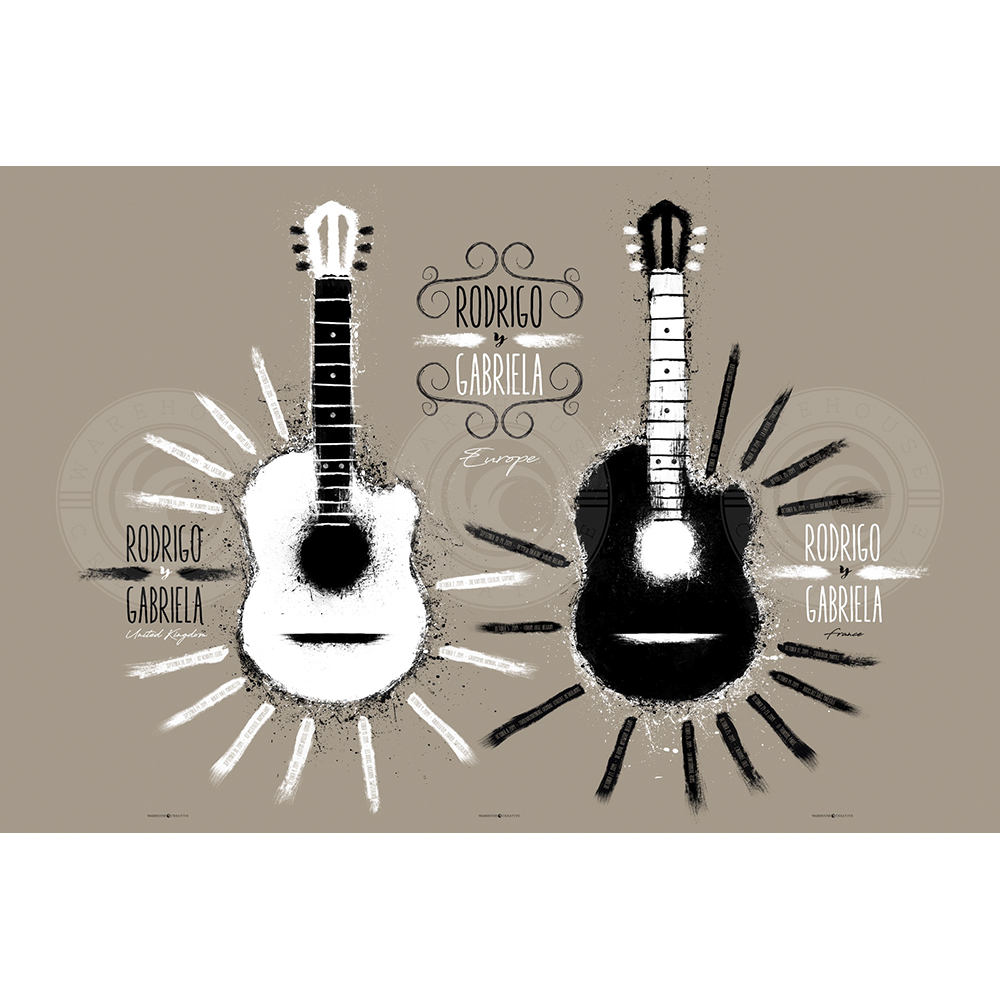 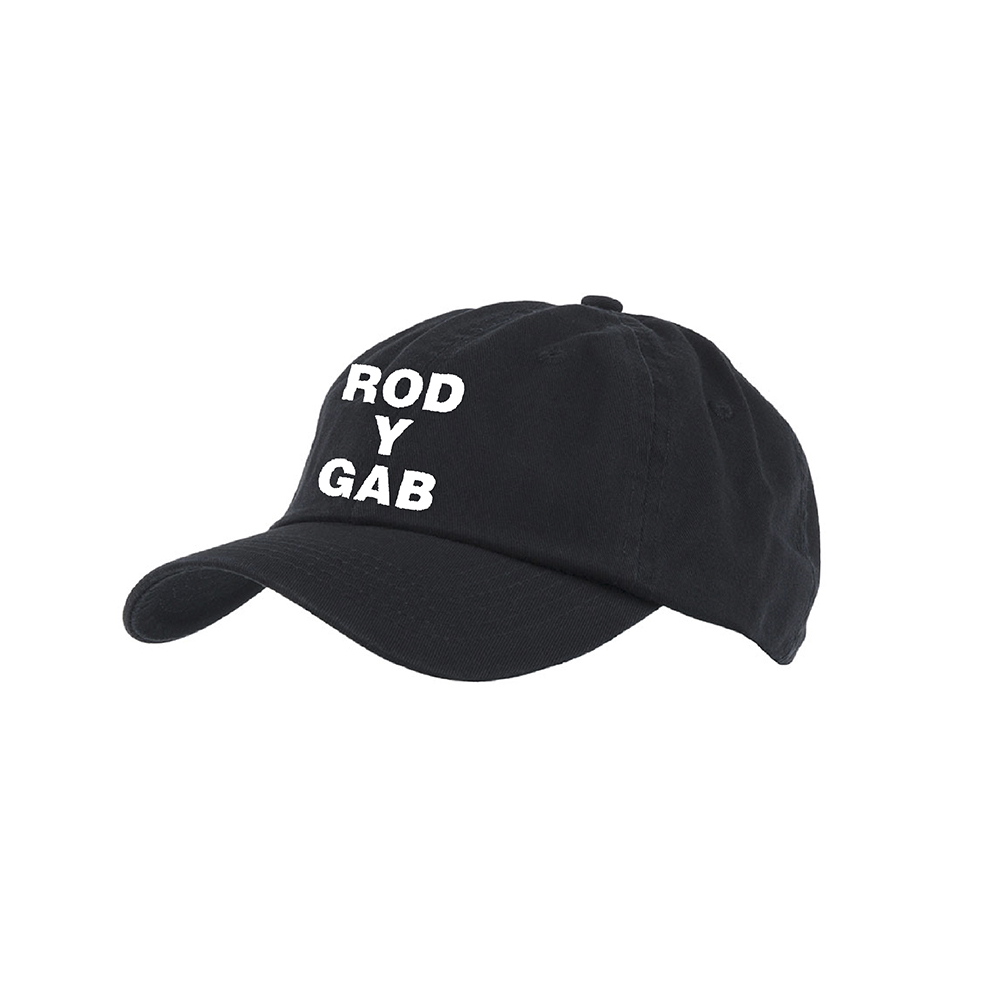 The duo met in Mexico City while playing in a thrash metal band called "Tierra Acida". Growing frustrated with the limited scope of the domestic music scene, they pulled up roots and moved to Europe, where they have met considerable acclaim.

They have taken up residence in Dublin, Ireland, after hearing it was particularly welcoming to travelling musicians. Playing live gigs in various pubs and busking on Grafton Street and Temple Bar allowed them to practice their sound. They received their break when Damien Rice approached them to provide the support for Oxegen. In 2005 they toured extensively in festivals around the United Kingdom and beyond.

The duo had released three records - Foc, Live in Manchester and Dublin, and re-Foc - before recording their self-titled album Rodrigo y Gabriela which was produced by John Leckie. It entered the Irish Albums Chart at #1 beating The Arctic Monkeys and Johnny Cash to the top spot. It was released internationally on March 13th 2006, having been given an earlier Irish release. Rodrigo y Gabriela includes covers of Led Zeppelin's "Stairway to Heaven" and Metallica's "Orion". The duo list Metallica as being among their key influences, alongside other heavy metal bands such as Megadeth, Slayer, Testament and Overkill. The other tracks are original works inspired by the places they have been and the people they have met.

The duo currently use hand made guitars produced by Frank Tate.

In 2007, a US tour was disrupted when Sánchez was unable to renew his visa to enter the United States. However, this has been subsequently rectified and the tour has since continued.

On June 16, 2007 Rodrigo y Gabriela supported Muse at the new Wembley Stadium. The other support acts that played with them were The Streets and Dirty Pretty Things.

On June 23, 2007 the pair headlined on the Jazz World stage at the Glastonbury Festival, and their performance was subsequently aired on BBC television in the UK.

On July 4, 2007 Rodrigo y Gabriela opened the WXRT 20th annual Free 4th of July Concert at Grant Park in Chicago. They shared the stage with John Mayer and Robert Randolph & the Family Band.

They performed "Orion" on "The Tonight Show with Jay Leno" on September 4th, 2007.