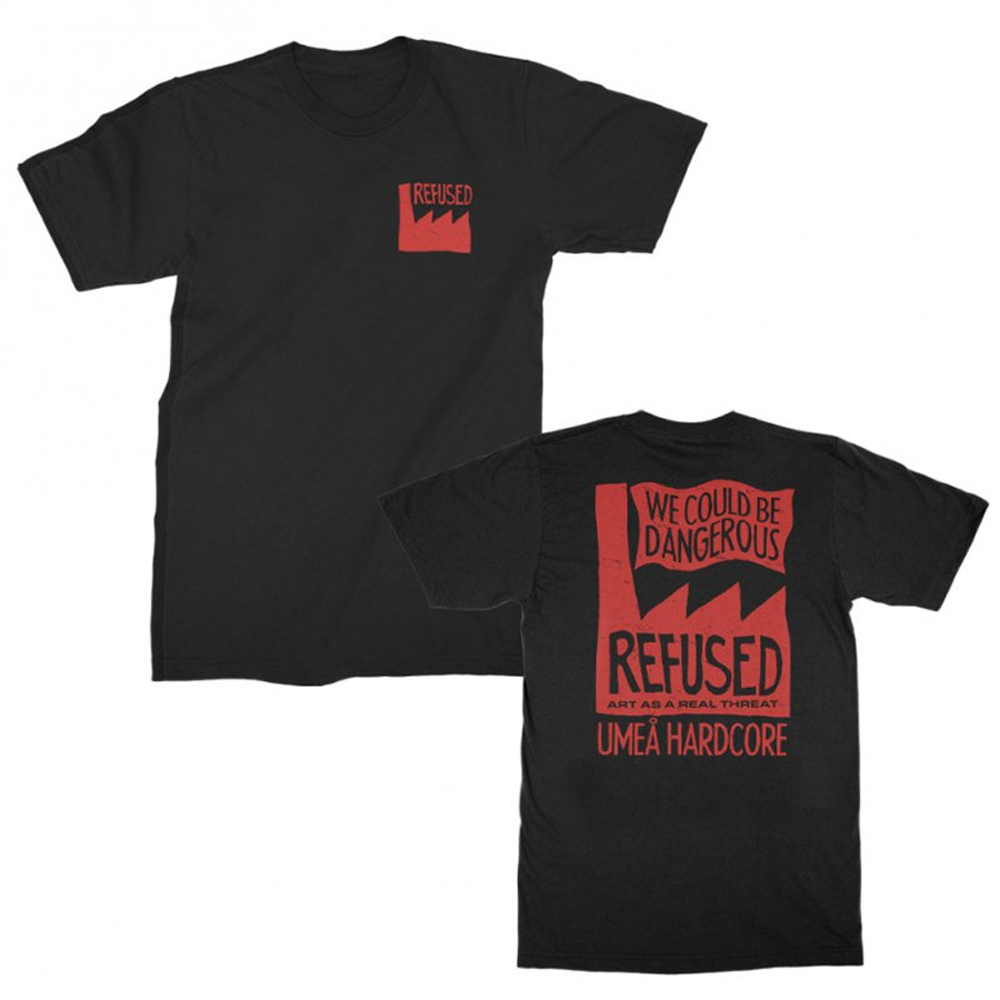 Refused was a hardcore band originating from Umeå, Sweden. They formed in early 1991 with Dennis Lyxzén, David Sandström, Pär Hansson and Jonas Lidgren and released their first demo, Refused, the same year. The band went on to release one more demo, five EPs and three albums (not including The Demo Compilation or The EP Compilation) before breaking up in 1998. Refused's final line-up consisted of the members Dennis Lyxzén, David Sandström, Kristofer Steen and Jon Brännström who released everything from Songs to Fan the Flames of Discontent (1996) to the definitive album The Shape of Punk to Come. In this album, Refused drew heavily on the influence of the Washington, D.C. hardcore band, Nation of Ulysses, New York hardcore band Born Against, as well as the writings of Karl Marx, anarchist Errico Malatesta, and the Situationist International. The band were already well known for their vegan and straight edge stances. Refused broke up the same year as a result of expending all their creative energy and wanting different things. Lead singer Dennis Lyxzén went on to form The (International) Noise Conspiracy, and 93 Million Miles while the other members, as well as venturing into their own projects, formed the group TEXT. Dennis Lyxzén and David Sandström also got together with other friends in 2004 to make the self titled The Lost Patrol Band album. Kristofer Steen is now a director and made a documentary on the band's last year in existence called Refused Are Fucking Dead.